Another weekend of Western Hockey League action came to a close Sunday with three games across the slate of action. In Alberta, the Everett Silvertips wrapped up the first portion of their Central Division road trip with a fourth consecutive victory and another shining performance by Jake Christiansen. In British Columbia’s Lower Mainland, the Vancouver Giants received strong support for their newcomers in their annual Teddy Bear Toss game against the Tri-City Americans at Rogers Arena. 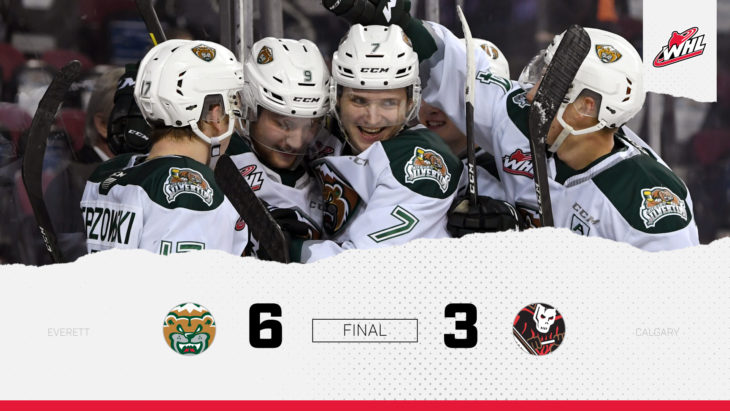 Five unanswered goals by the Everett Silvertips powered them to a 6-3 win against the Calgary Hitmen Sunday in southern Alberta.

Defenceman Jake Christiansen continued his torrid scoring pace since returning to the WHL, notching a pair of goals as part of a three-point night. Captain Bryce Kindopp and Martin Fasko-Rudas each contributed a goal and an assist while Wyatte Wylie (Philadelphia Flyers) and Jalen Price also found the back of the net. Dawson Butt contributed three assists in the victory.

Riley Stotts (Toronto Maple Leafs) scored a pair of goals and three points while defenceman Egor Zamula (Philadelphia Flyers) picked up a goal and an assist in the loss.

Dustin Wolf (Calgary Flames) stopped 32 of 35 shots for the win. 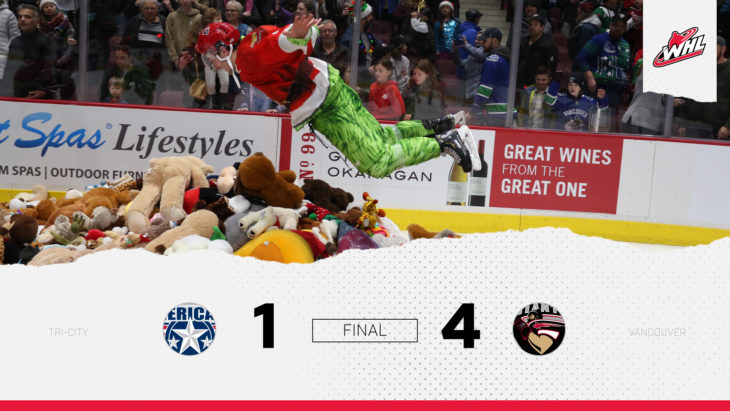 The Vancouver Giants returned to their winning ways in one of the biggest games of the regular season, downing the Tri-City Americans 4-1 in their annual Teddy Bear Toss game at Rogers Arena.

Sunday’s contest was a game of firsts for the Giants, who had three players score their first goals with the team. In the opening period, Michal Kvasnica sent a shower of stuffed animals onto the ice with his first goal in the Vancouver uniform and Connor Horning added his first with the Giants later on in the frame.

That 2-0 lead would hold until the third, when Connor Bouchard cut the deficit in half early on. Vancouver wasn’t done scoring though as Saturday acquisition Tyler Preziuso scored twice to provide extra comfort in the victory. 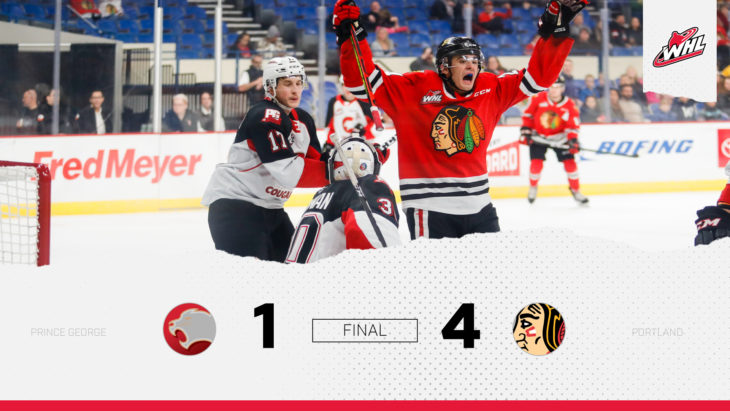 The Portland Winterhawks closed out a sweep of a four-game set against the Prince George Cougars with a 4-1 victory Sunday on home ice.

For the Cougars, captain Josh Maser had their lone goal of the game.