Dr. Allison McGeer spent the first few days of 2020 hoping she was wrong.

A microbiologist in Toronto, who famously survived a SARS infection in 2003, McGeer knew the strange, unexplained pneumonia spreading in China could explode into something much, much worse.

She said as much during a provincial meeting during the last week of January that year. “This is going to be awful,” she recalled telling officials. “And in particular, long-term care is going to be catastrophic.”

Soon after, her son asked how long the crisis would last. McGeer’s grim prediction: 18 months.

“And even that was a pretty substantial underestimate,” she told CBC News recently.

It’s now been more than three years since SARS-CoV-2 began its march around the world, first as a virus totally foreign to humans, and later as an evolving pathogen capable of sneaking past our sharpened immune systems, infecting even those who’ve built up immunity from prior infections or vaccinations.

On Friday, a World Health Organization (WHO) committee is set to meet to consider whether the COVID-19 pandemic still represents a global public health emergency.

Multiple experts who spoke to CBC News said that regardless of what WHO decides in the days ahead, COVID will remain a threat to our collective health for years to come — for a slate of different reasons — even as governments and the public move on.

“I know this is what happens at the end of pandemics,” McGeer said, “but watching it in real time is a bit depressing.”

WATCH | WHO to meet on whether COVID is still an emergency:

The World Health Organization is preparing to decide whether to end its COVID-19 global emergency declaration later this week. But some doctors and researchers worry about what that could mean for the fight against a virus that still poses a serious threat.

There are reasons to be hopeful about the trajectory of the COVID pandemic, even though this virus has claimed millions of lives.

By now, a majority of Canadians are vaccinated, which largely protects against serious illness. Drugs like Paxlovid are available for higher-risk groups, and critical care physicians have learned how to better treat those who do fall seriously ill.

Data from a B.C. research team also suggests SARS-CoV-2 has infected most of the population at least once, offering many people a blend of protective immunity through both viral exposure and vaccines. But most doesn’t mean everyone, McGeer stressed.

COVID still killed hundreds of Canadians each week throughout much of the last year, and even now, the virus keeps finding new victims with grim regularity, she said, including isolated seniors and other high-risk individuals who managed to avoid the virus while taking precautions.

“We have too many older people who are as yet uninfected for it to plateau,” said McGeer.

WATCH | A look at what factors into the decision:

How WHO will decide if the COVID-19 emergency is over

The World Health Organization will soon decide if COVID-19 should still be categorized as a global public health emergency. WHO COVID-19 technical lead Dr. Maria Van Kerkhove explains to Adrienne Arsenault how that decision is made.

How WHO will decide if the COVID-19 emergency is over

In public remarks earlier this week, WHO director-general Tedros Ghebreyesus said since the beginning of December, the number of weekly worldwide reported deaths from COVID has been increasing, with more than 170,000 reported deaths in just the past eight weeks.

“While I will not pre-empt the advice of the emergency committee,” he said, “I remain very concerned by the situation in many countries, and the rising number of deaths.”

Seniors are among the groups most vulnerable to serious health outcomes — and death — even if they’re vaccinated against COVID. And yet little has been done to protect the most frail living in North American care homes, said Bill Hanage, an associate professor of epidemiology and co-director of the Center for Communicable Disease Dynamics at Harvard T.H. Chan School of Public Health.

“I think that it’s kind of crazy that we [hadn’t] previously developed ways to robustly rapidly test people who work in nursing homes, to prevent them bringing in respiratory viruses,” he said.

Aside from basic aging, there’s a host of ways that even low-risk individuals can eventually become more vulnerable to COVID. A healthy young woman who gets pregnant would then become higher-risk, Vinh noted. A middle-aged man who gets leukemia or lymphoma or requires an organ transplant — a similar shift.

“We have to remember that the at-risk groups are very fluid, and you could find yourself in that at-risk group,” he said.

There’s also a chance this virus could evolve to become more intrinsically severe, and capable of causing more serious disease — putting a much broader spectrum of the population at risk.

A curveball of that sort could lead to WHO naming a new variant of concern. (“Pi” is expected to come next in the organization’s Greek alphabet naming convention, following Omicron.)

So far, that’s not how SARS-CoV-2 is mutating. Scientists say the reigning Omicron family of subvariants continues to shapeshift in ways that make this virus more contagious, which allows it to better lock onto our cells, sneak past our frontline defenses, and infect more and more people.

That’s countered by growing levels of immunity throughout the global population, said Hanage.

“Unless there is a large amount of evolution on the part of the virus — which can’t really be foreseen in any detail — we can expect that to continue,” he added. “And so it will become more and more a part of something we live with.” 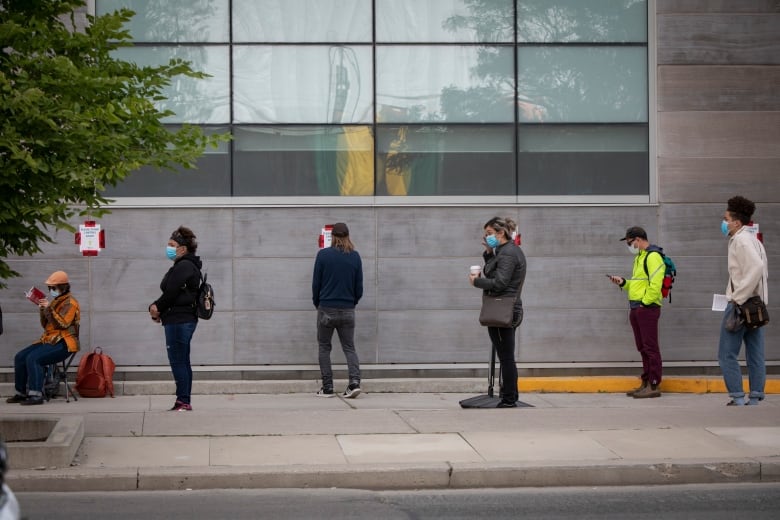 Scientists are watching global virus evolution closely, in case SARS-CoV-2 mutates in a different direction, particularly given the surge of cases among China’s 1.4 billion-population since the country abandoned its strict zero-COVID policies. Yet, so far, there are no early signals of a new variant, according to data released by China’s government.

“Every day that goes by, the likelihood that we will get Pi, I think, declines,” McGeer said.

But, as the world witnessed when Omicron first burst on the scene, it’s a numbers game. The virus doesn’t have to evolve to become more deadly to wreak havoc on a population level — it just has to be able to spread to as many people as possible.

The world is now facing the most highly-transmissible variant yet, and while vaccines still help prevent severe disease and death, their ability to protect people from infection and transmission has “declined dramatically,” said researcher Akiko Iwasaki, a Sterling Professor of immunobiology and molecular, cellular, and developmental biology at Yale University.

“We still need to generate better vaccines — vaccines that are longer-lasting and broader,” he added. “And what the right strategy to do that will be, is still a question.” (Miller’s research team is working on an inhaled coronavirus vaccine, which recently entered phase two clinical trials.)

Vinh also worries that an ever-evolving virus means we’ll be playing catch-up in terms of effective treatments and medications as well.

“In fact, some of the medications that we’ve used over the last three years have become essentially obsolete because the virus has continuously changed,” he said. 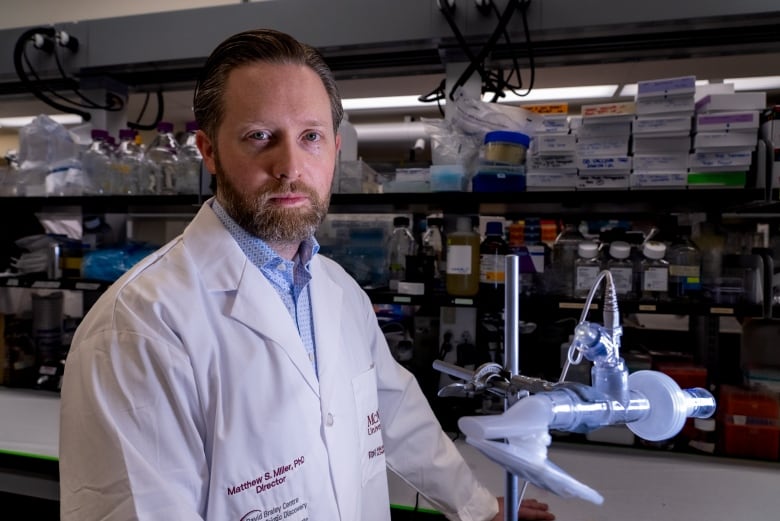 COVID isn’t yet seasonal or predictable

Another challenge with COVID going forward is that the virus is unpredictable.

That uncertainty is far more pronounced with COVID. With three years of data behind us, there’s still no clear seasonal winter spike or a summer lull, but rather dramatic peaks and valleys in the early years, followed by the first massive Omicron surge, and rolling waves of infections ever since.

McGeer said she’s hopeful this virus will eventually settle into a more predictable pattern, though it’s not happening as quickly as anyone would like.

“But if it decides not to be seasonal,” she said, “that’s just going to be a little bit harder.”

Most long COVID symptoms clear up within a year, new research suggests

New research out of Israel suggests most symptoms of long COVID clear up within a year, but some — like weakness and trouble breathing — are more likely to persist.

Most long COVID symptoms clear up within a year, new research suggests

Should WHO deem the global emergency over while COVID is still circulating at high levels, multiple medical experts expressed concern that it could disincentivize governments from funding research into post-COVID condition, the formal term for what’s colloquially known as long COVID.

“Postacute infectious syndrome — which now includes long COVID — has been around for a very long time but hasn’t been seriously studied, mostly because of lack of funding and a lack of acknowledgement,” said Iwasaki.

“People are very tired of thinking about COVID, about having to wear masks or get another booster… but at the same time, from where I stand, I’m seeing so many millions of people suffering from long COVID with no good diagnosis or therapy,” Iwasaki continued.

“I hope whatever declaration there is, it’s not going to diminish the research that’s direly needed.”

More patients are fighting for their lives in Ontario ICUs than at any previous point in the pandemic. CBC News goes inside Toronto’s Scarborough Health Network to see the impact.

COVID won’t be the last pandemic

While COVID’s toll will be felt for years to come, the dynamics of this pandemic have changed dramatically since the dark days of 2020, or the devastating Omicron wave of early 2022.

For much of that stretch, hospitals and health-care systems were overwhelmed, said Dr. Isaac Bogoch, an infectious diseases specialist with the University Health Network in Toronto.

There were devastating death tolls among long-term care residents in Canada, but even younger, healthier individuals were also acquiring serious COVID infections before the development of therapeutics and vaccines, he said.

The situation has since shifted. But has the world learned any lessons from COVID’s darkest days — and the years of challenges still to come?

“I hope [WHO officials] acknowledge that even though it might not meet the criteria for being a public health emergency of international concern, that doesn’t mean that the threat or the risk is over,” Bogoch said. 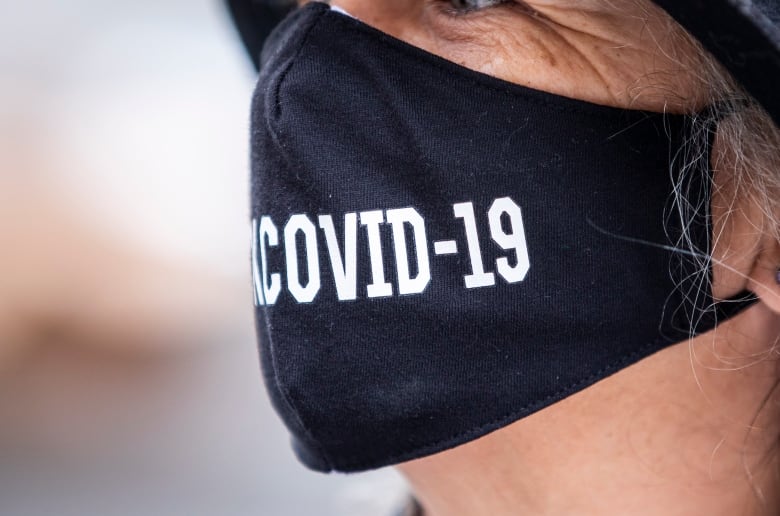 McGeer emphasized the critical nature of ongoing viral surveillance and sequencing, along with pandemic preparedness efforts.

But she said given the turnover in governments and public health agencies, the world’s “institutional memory is probably not going to make it to the next pandemic.”

And that’s a problem, since it’s not if another global health threat will hit — but when.

“Pandemics are a certainty,” said McGeer. “The only question is, what they’ll be, and how bad they’ll be.”