Toronto police say it is “unlikely” that a little girl whose remains were found in a Rosedale construction dumpster last month has “ever been reported missing.”

On May 2, police responded to a call in the Castle Frank Road and Dale Avenue area at around 4:45 p.m.

Police said human remains were located in a dumpster outside a home.

An autopsy was completed a couple of days later and investigators confirmed that the remains belonged to a Black girl of African or mixed African descent, who was between four and seven years old.

She had all her teeth, stood at three-foot-six inches tall, with a thin build and black curly hair that was sectioned in four short ponytails, two of which were braided and secured with black and blue elastic bands.

Investigators believe the remains were left in the dumpster sometime between 12 p.m. on Thursday, April 28 and 4:45 p.m. on Monday, May 2.

However, police believe the girl may have been deceased as of last summer, or perhaps even earlier.

Police said her remains were wrapped in a crochet blanket inside a plastic bag and that bag was wrapped in a coloured blanket. Police released an image of that blanket. 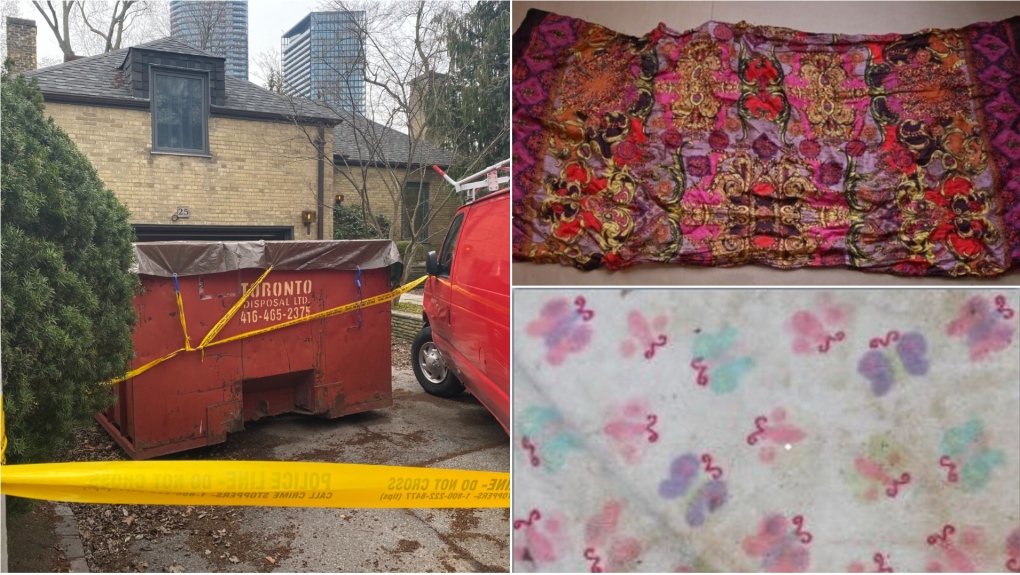 The scene at Castle Frank Road and Dale Avenue area can be seen above. (John Musselman/CTV News Toronto)

On Tuesday, police provided an update on the human remains investigation and said they still have not identified the girl.

The Ontario Centre for Missing Persons and Unidentified Remains ran an analysis of her DNA against missing children reported across Canada. The agency found 58 potential matches nationwide, but could not connect the girl with any of those cases.

“There is no evidence which links any of the 58 missing children to our case. And in fact, since May 2, eight of the 58 have now been accounted for. Unfortunately, we believe that it is unlikely that the child located on Dale Avenue has ever been reported missing,” Inspector Hank Idsinga said at a news conference Tuesday afternoon.

Idsinga added that police aren’t excluding the possibility that the victim has been reported missing abroad, and that investigation continues.

Police also released composite sketches of the girl and a vehicle of interest on Tuesday.

Idsinga said the girl’s skin tone is an approximation and might not be completely accurate.

The vehicle of interest was captured on video stopping in the area of the dumpster, on Apr. 28 at 10:26 p.m. It is described as a dark-coloured Porsche Cayenne SUV, model year 2011- 2014.

“That car is literally captured on camera on Dale Avenue in the area of the dumpster right in the timeframe that we believe the body was dumped there and inexplicably stops right by the dumpster for about 21 seconds. So, of course we want to identify this car. Maybe there’s a perfectly innocent explanation as to why it stopped there but maybe not.” 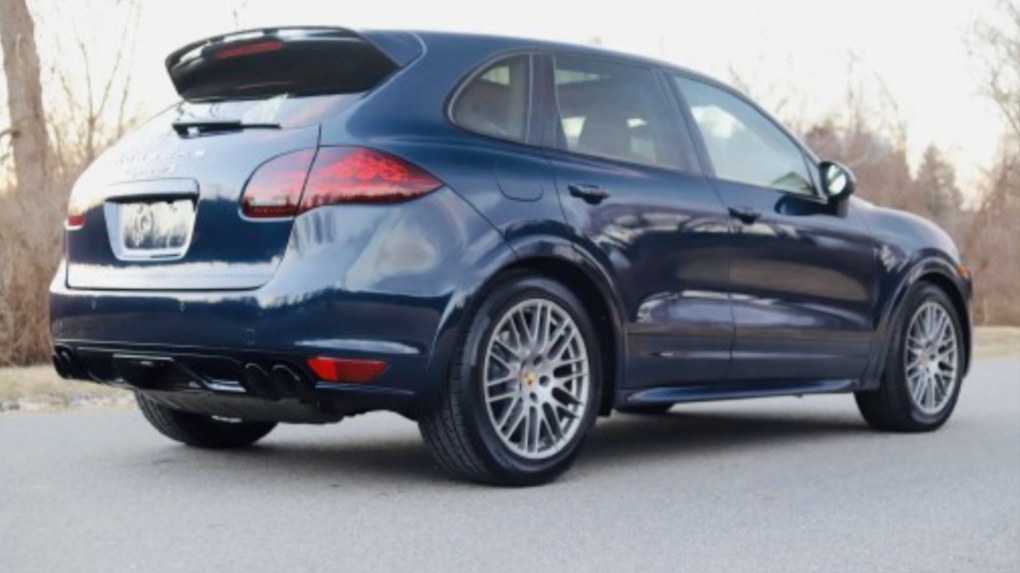 Toronto police released a photo of a vehicle of interest in the case.

Idsinga said the girl’s cause of death has not yet been determined and is still under investigation.

“Of course toxicology results are going to take some time. But if there’s no obvious cause of death, it’s a lot of work for the forensic pathologist to try and determine that cause of death. And it may be something that may remain undetermined for quite some time,” Idsinga said.

With files from CP24’s Chris Fox