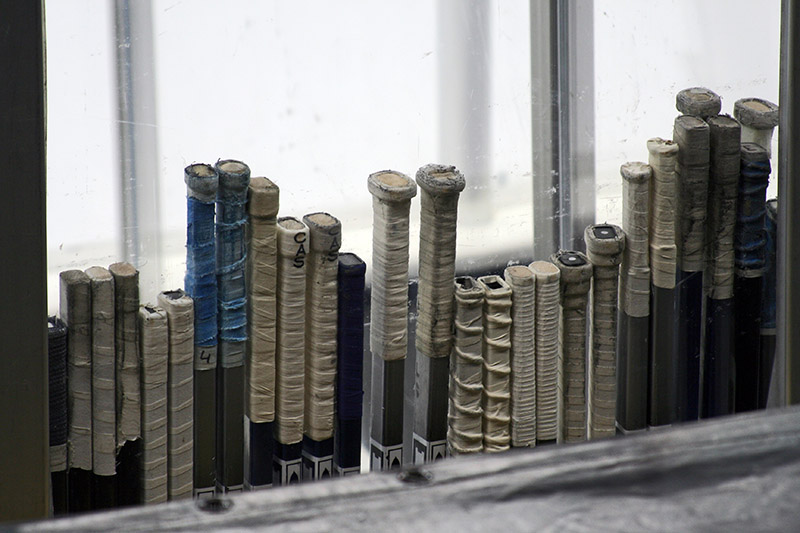 The COVID-19 pandemic led to the cancellation of the world junior hockey championship in Edmonton and Red Deer, Alta., after players on multiple teams tested positive. (Amy Walters/Adobe Stock)

Another day of record-breaking COVID-19 case counts across Canada prompted a new round of health announcements on Wednesday, including details of Quebec’s plan to reduce isolation times for health-care workers who are exposed to or infected with COVID-19.

Quebec said that vaccinated health-care staff who test positive for COVID-19 could be allowed back on the job after seven days if they have no symptoms, and that workers who are exposed to COVID-19 outside their homes no longer automatically need to isolate.

Dr. Donald Vinh, an infectious disease specialist at the McGill University Health Centre, described Quebec’s decision as a sign the province is in “desperation mode.” However, he said all Canadian provinces will likely be facing similar choices in the coming days, while the number of ill people rises and the pool of workers available to treat them shrinks.

“We have to go back to our existing pool of health-care workers, which necessarily means this type of mandate where they go back to work when they’re COVID-positive.”

Quebec’s update came during a technical briefing, one day after Health Minister Christian Dube said the province would have “no choice” but to allow some health-care staff to continue working despite testing positive or being exposed if the province wanted to keep the health-care system operational.

Health officials said the quarantine period for health workers who test positive will only be reduced to seven days from 10 days in emergency situations.

Manitoba and Ontario have said they were considering similar measures to Quebec’s to avoid overwhelming their own health systems.

Currently, the Public Health Agency of Canada recommends that people who test positive for COVID-19 should isolate for a minimum of 10 days from the onset of symptoms or from the date they test positive, if asymptomatic.

Infections continued to surge across Canada on Wednesday, as the highly transmissible Omicron variant prompted some provinces to impose more restrictions.

The COVID-19 pandemic also led to the cancellation of the world junior hockey championship in Edmonton and Red Deer, Alta., after players on multiple teams tested positive.

In Newfoundland and Labrador, health officials announced that schools would shift to remote learning after the holiday break, as the province reported another single-day record case count, with 312 new infections.

British Columbia said it would bring back students in January in a phased approach, with staff and students whose parents are health workers, as well as those who need extra support, returning to class on Jan. 3 or 4. All other students will go back to school on Jan. 10.

Education Minister Jennifer Whiteside said the delay will allow public health officials to assess the impact of Omicron and give school staff time to implement enhanced safety measures. Those measures include the cancellation of extracurricular sports tournaments and plans to control crowding at schools, such as through staggered recess and break times.

“We have to ensure we have the foundations in place to keep our schools safely open,” she said.

Experts say the real number of cases is likely higher because some provinces are hitting their testing capacities and some residents are using rapid tests.

Health officials in Nunavut extended a “circuit-breaker” lockdown, saying Wednesday that a rise in COVID-19 infections was pushing the territory’s health-care system to a breaking point. Premier P.J. Akeeagok said the ban on indoor gatherings that was imposed before Christmas is being extended to Jan. 17 as a result of the rising case counts of the Omicron variant across the country.

Libraries, gyms, arenas and churches across the territory must also remain closed, and restaurants are limited to takeout food only.

As some provinces made new announcements, parents and opposition party members in Ontario noted that they’re still waiting for the provincial government to clarify its back-to-school plan. They said that with only days left before the end of winter break, families still don’t know whether students will be returning to class in person.

Planning a staycation? You can claim a tax credit if you travel in Ontario this year | CBC News COVID-19 and infants: How to spot the symptoms | CTV News