N.B. Power says it spent about $4.6 million on a failed plan for what it hoped would be the province’s first solar powered subdivision in Moncton.

The figure, over a four year period, is disclosed in responses last month to a series of questions posed by the Energy and Utilities Board as part of N.B. Power’s request to raise power rates by 8.9 per cent.

Marc Belliveau, a spokesperson for the utility, declined to answer questions about how the money was spent because of the ongoing rate application.

The board is set to hear the request in Fredericton starting Feb. 13.

The utility had partnered with a local developer, which would build the homes, and Siemens Canada on a planned self-sufficient neighbourhood west of McLaughlin Road.

Details were vague, and landowners in the area said they weren’t aware of the plan. City officials said at the time no application had been submitted for such a subdivision.

The contract with Siemens called for construction of 100 high efficiency “near net zero” houses over three years in a single neighbourhood that would operate as an experimental “micro-grid” the utility can study.

Each home was to have solar panels, storage batteries, electric vehicle chargers and technologies installed largely at the utility’s expense.

In 2020, the utility had budgeted to spend $10.9 million on the project. Federal funding was expected to offset some of the cost.

“Unfortunately, the developer, Solaire Homes, was not able to construct enough homes for N.B. Power and Siemens to conduct the research we intended,” Staeben wrote in an email.

A document filed as part of the rate hike application says Siemens was able to construct hardware for the project, but the builder was delayed by the COVID-19 pandemic, resulting supply chain problems and extra materials costs.

Instead, it is focusing its research on a project in Shediac where hundreds of customers are testing various technologies, and a solar farm has been constructed.

The rate application documents show it expects to spend $18.7 million on the Shediac project over four years.

The Moncton subdivision isn’t the utility’s only “smart community” project that hasn’t panned out.

Another plan was to work with a First Nations community to construct a solar farm, install a battery bank, and install “smart” technology like thermostats and water heaters in various homes.

While N.B. Power had an agreement in principle with a First Nations community, documents filed last fall say a community referendum was required.

The filing says the referendum didn’t occur and the utility has been unsuccessful in getting a new agreement to proceed. The document doesn’t name the community.

The rate application documents don’t list any spending on that plan. 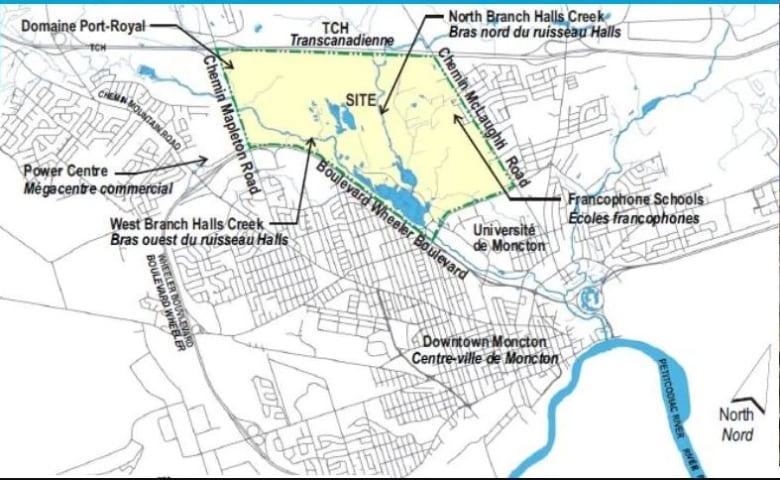 The North Branch subdivision in Moncton was planned in what’s known as the Vision Lands.

The Vision Lands covers a largely undeveloped track of about 1,400 acres bounded by Mapleton Road, the Trans-Canada Highway, McLaughlin Road and Wheeler Boulevard.

For decades the city has sought to develop the area.

Municipal planners are now updating the plans for the area in consultation with landowners.

Among the ideas being considered is a regional park. Moncton councillors recently approved spending $150,000 for a consultant to study that idea.

Moncton’s Mayor Dawn Arnold has said she would like the city to consider a national urban park in the Vision Lands.

Bill Budd, the city’s director of planning and development, said it will likely be well into 2024 before the city has the results of Vision Land studies. ‘I am not a friend’ of Trudeau, ex-McKinsey head Dominic Barton says amid contract probe – National | Globalnews.ca