IDES OF MARCH TO PLAY METAL PARADISE FESTIVAL IN SPAIN 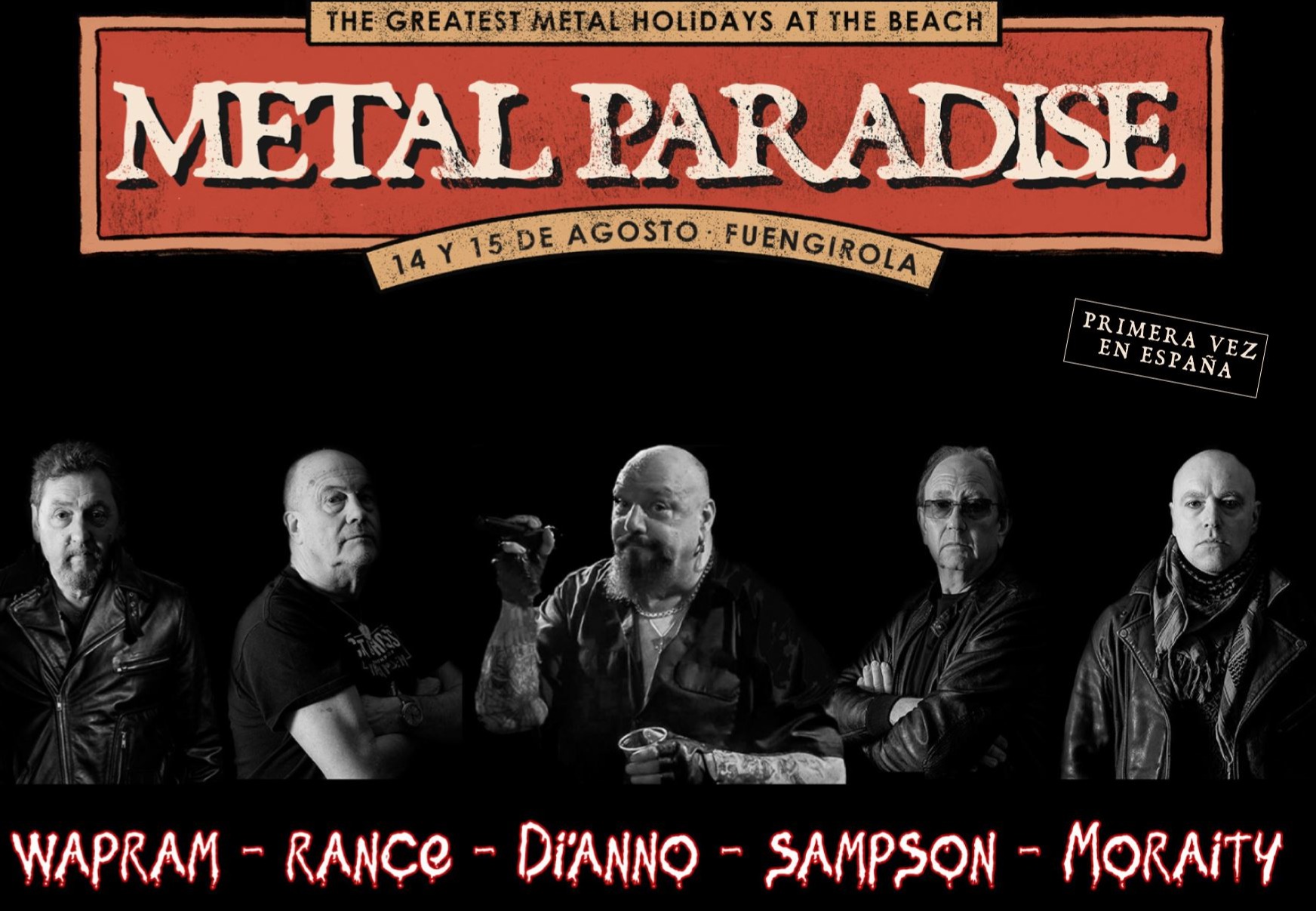 IDES OF MARCH was only ever supposed to be a one-off but due to excessive demand, we have agreed to play Metal Paradise Festival in Fuengirola, Spain on Friday 14th August 2020.
Also featured on the two day Metal Paradise bill are Slipknot, Eluveitie, Behemoth, Saxon, Hammerfall, Cradle Of Filth, Destruction, Max and Iggor Cavalera, Venom, Turisas, Thunder Mother and many more.
After selling out England’s Beermageddon Festival in just five days, the band were inundated with requests from fans left disappointed at not being able to see the show, many of these from Spain and surrounding countries, so after much thought and due consideration, we have agreed to play Spain as well, two weeks before Beermageddon.
It’s a Spain exclusive with Beermageddon remaining as our only UK appearance and Paul’s final performance.
Jimmy Kay from Canada’s The Metal Voice spoke to early Iron Maiden guitarist Terry Wapram (Buffalo Fish). Wapram spoke about the one-off performance under the band banner of IDES OF MARCH to commemorate forty years since the release of Iron Maiden’s debut album. Plus
a forthcoming biographical documentary movie on Paul Dianno’s life which is currently in the making and the producers will be filming the BEERMAGEDDON performance on 30th August. The movie is being created and directed by Wes Orshoski, the man responsible for ‘Lemmy’ – The Movie’ and more details about the film will be released during 2020.
IDES OF MARCH is fronted by PAUL DI’ANNO, who will be performing for the very final time at BEERMAGEDDON. The band is completed by TERRY WAPRAM and TERRY RANCE on guitars, DOUG SAMPSON on drums and SPEED HARRIS (Dean Moraity of HI-ON MAIDEN) on bass.
When asked about his time in Iron Maiden
“I think I went in the band about June / July in 1977 and came out of the band late February 1978, so I was in the band around 8 months. What first happened was Dennis Wilcox (Iron Maiden Singer at the time) came to the Marquee Club because was doing the photography for this band called ‘Bearded Lady’ and I was there with the band called ‘Hooker’ and I was seen there. I don’t really know the full story but there had been problems with Iron Maiden guitarist at the time Dave Murray and Bob Sawyer. Well there was some problem and they were going out of the band and Dennis approached me and I went down and played with Iron Maiden and got the job. They were moving away from the two guitar thing and wanted to try keyboards. When I joined Ron Rebel Mathews was on drums then something went wrong with Ron and they put out an ad for a drummer and keyboard player. Then Thunderstick came in on drums and Tony Moore on keyboards. “
“I spent a lot of time rehearsing with them than playing live. I think I played around 5-6 gigs with them. After one gig Tony Moore left and when I didn’t really show any interest in being in a two guitar line up I left and they moved on without me.”
When asked if he made any small musical contributions/ inflections to the songs in the early days
“Phantom of the Opera springs to mind, I was very impressed when I was first shown that riff. I really thought it crossed the barrier into a whole other thing. It was like their version of Bohemian Rhapsody where there was so many pieces. I would be sitting down with Steve Harris and Tony Moore and we would be looking at the pieces, so there was a good involvement in that. I spent a massive amount of time sitting around at Steve Harris’ house tinkering around with songs with him.”
When asked about the ‘Ideas of March’ Final performance of Paul Di’anno
“We were approached by Steve Goldby to do something to commemorate the 45th anniversary (of the debut Iron Maiden album) and he wanted to get to as close as he could to one of the very early line-ups. In the ‘Ides of March’ we were all in at slightly different times. Terry Rance was in at one of the earliest lineups, Paul Di’anno was of course on the first two iconic albums.and Doug Sampson joined the band after me. The line up I was in had Thunderstick and also Ron ‘Rebel’ Mathews who played drums earlier on. “ 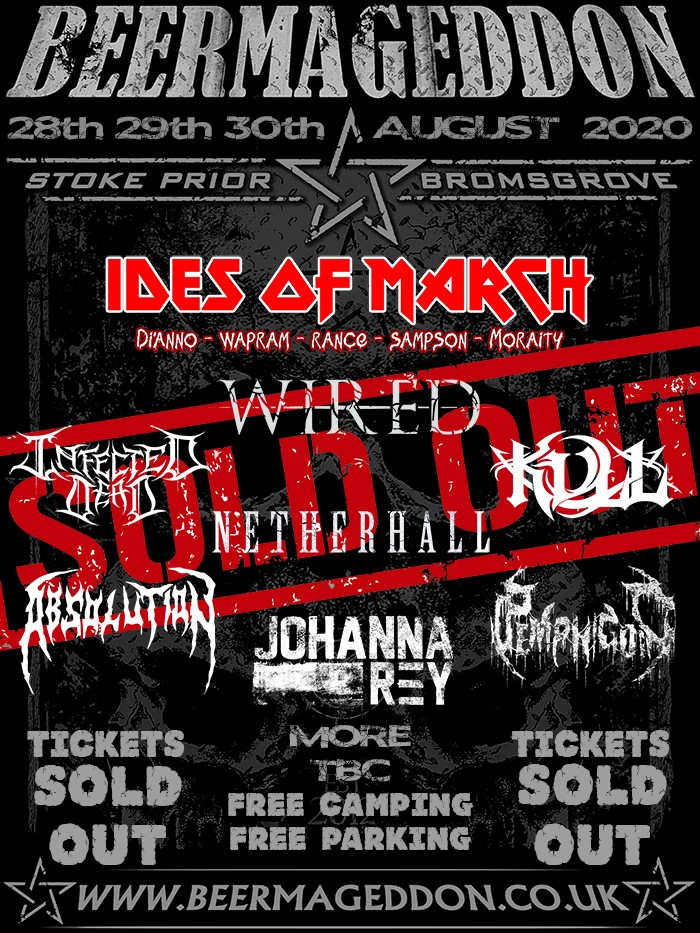 When asked about the set list on the final performance
“A really good chunk of the first album, some of the second album Killers plus some of the more obscure releases from around that time. We are looking at it in a way where we will be faithful to recorded versions, we may just tweak things a little to how it would have been in our own time. For instance some of the songs were played slower initially before it was recorded, it didn’t take away from it it kind of made it powerful and more steady. I’m not saying we are going to play everything slow but there will be some touches to do with how the individual people played the songs at the time. It’s kind of like a time machine. “
When asked if the rest of the band without Di’anno will continue on after Paul’s final performance
“I don’t know, everyone is very positive though. I got a very good feeling about this from the first production meeting we had. I am not sure but I have a really good feeling because Terry Rance and I work very well together. I think there could be a possibility I just don’t know. I think the rest of us would consider doing things as there are more offers coming in. I would give Steve Goldby his due on this.” 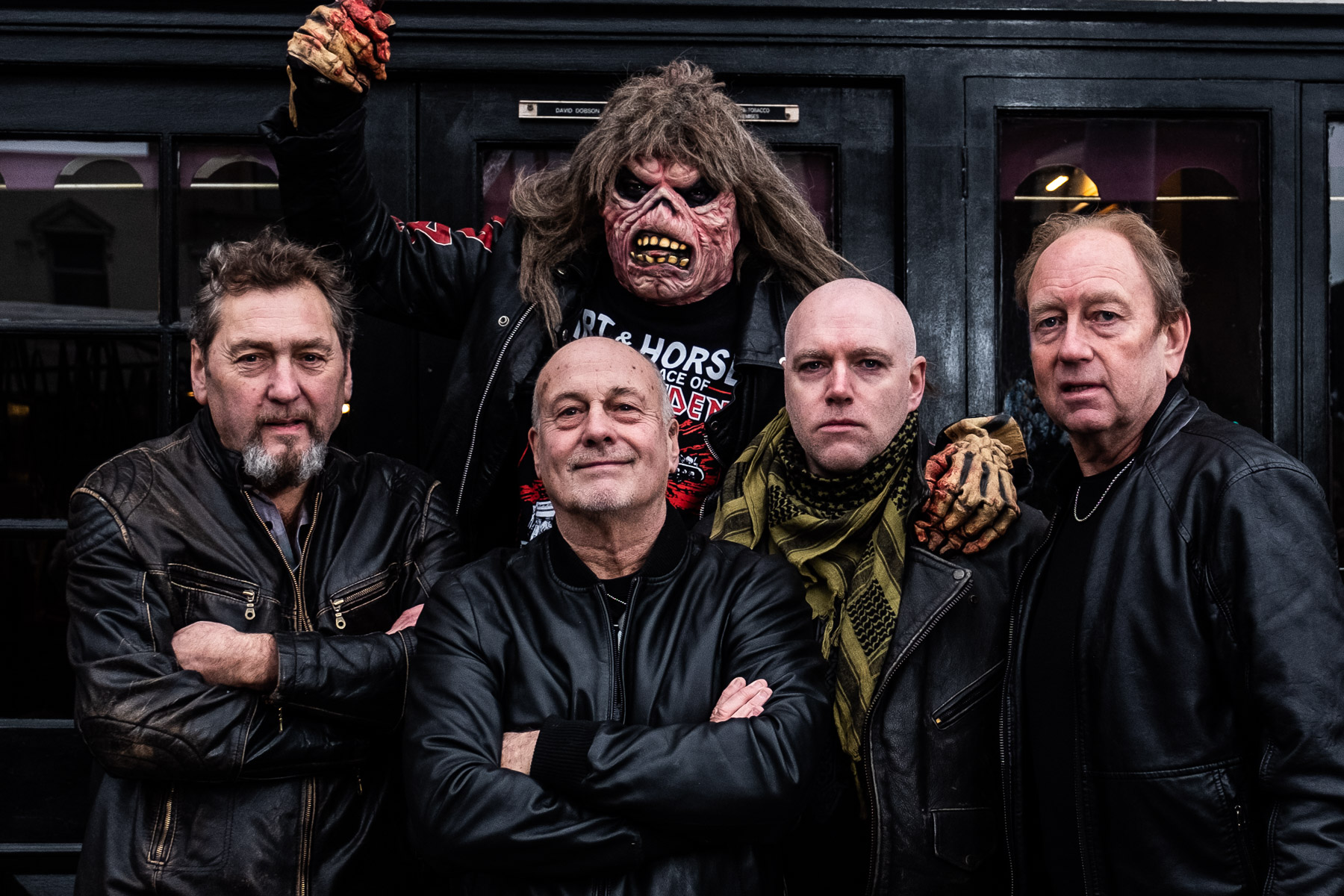 This will be vocalist PAUL DI’ANNO’s final ever live performance. After experiencing serious health difficulties in recent months, Paul has now taken the advice of his doctors and will retire from the live stage in 2020 after the IDES OF MARCH performance at BEERMAGEDDON. It is going to take one mighty effort for Paul to pull off this performance but he is determined to go out in style and give his fans one memorable final thank you and goodbye.
Paul said: “It’s been a tough four years waiting to play again. I hope to be standing for this show and I’m really looking forward to it. Standing up would be great – if not, Hell on wheels coming to ya!”
A forthcoming biographical documentary movie on Paul Dianno’s life is currently in the making and the producers will be filming the BEERMAGEDDON performance on 30th August. The movie is being created and directed by Wes Orshoski, the man responsible for ‘Lemmy’ – The Movie’ and more details about the film will be released during 2020. 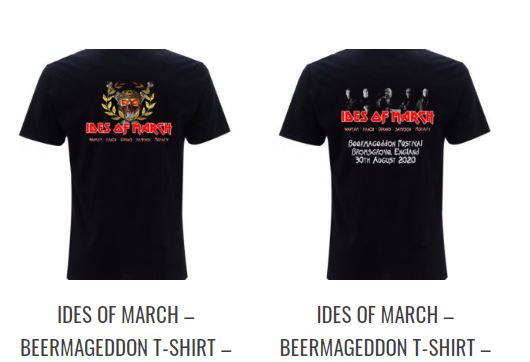 IDES OF MARCH t-shirts are on the way and can be pre-ordered right here:
http://www.metaltalk.net/shop
All orders will be dispatched on 1st March 2020. The band artwork captures the essence of 15th March 44BC, the notorious date of the assassination of Julius Caesar, which made the ides of March a major turning point in Roman history,
Anvil Lips Interview- Talks ‘Legal At Last’ & How Anvil Documentary is Inspirational
Saxon’s Biff Byford ‘School Of Hard Knocks’ Solo Album Review
Carmine Appice Interview- w/ Kodiak & Riot Act Interview- Metal Hall of Fame 2020
Death Angel Mark Osegueda Interview-Talks Humanicide & Upcoming Tour 2019 ‘Grammy Nominated band’ Coronavirus: At least 106 dead in China; WHO head in Beijing – UPI.com