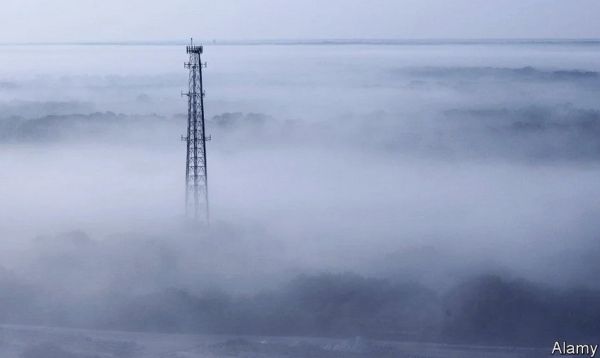 Until now, however, opportunities actually to connect to 5G networks in America have been limited. Only one of America’s three biggest carriers, T-mobile, has offered broad 5G connectivity. AT&T and Verizon, its two bigger rivals, have had to delay their large-scale roll-outs, most recently in December after the Federal Aviation Administration aired concerns that their 5G radio spectrum interferes with avionics on some ageing aircraft.

Both firms insist that the technology is safe (and can be turned off around airports, just in case). However on January 3rd, they agreed to hold their 5G networks back for another two weeks.

In the next few months Dish Networks, a firm best known for its satellite-television service, is expected to launch America’s fourth big carrier. The company’s promise to inject more competition into a concentrated and ossified industry was what helped convince regulators to approve a merger between T-mobile and Sprint, a smaller incumbent, in 2020.

More important, Dish’s network is to be the first in America that would live almost entirely in a computing cloud. Except for antennas and cables, it is mostly a cluster of code that runs on Amazon Web Services (AWS), the e-commerce giant’s cloud-computing arm. As such, the roll-out is a test of the extent to which computing clouds will “eat” the telecoms industry, as software has eaten everything from taxis to Tinseltown. If the launch is a success and other carriers follow suit, it could reconfigure not just America’s wireless industry but the global mobile-telecoms market with annual revenues of around $1trn, according to Dell’Oro Group, a research firm. And it would entangle telecoms intimately with the cloud business, whose revenues could be half as large this year and are growing at double digits.

Instead of bulky base stations used in conventional mobile networks, its technology is housed in slender boxes attached to antenna posts. These are connected directly to the AWS cloud, which hosts the virtual part of the network, including all of Dish’s other software (for example that used to manage subscribers and billing). The only thing the company is buying from established makers of telecoms gear is software, says Marc Rouanne, Dish’s chief network officer (who used to work for one such vendor, Finland’s Nokia).

As a result, Dish’s network will be cheaper to set up and to run. It will also be fully automated, down to the virtual “labs” where new services are tested. This should allow the company quickly to spin up special-purpose networks, for instance connecting equipment in mine shafts, or enabling drones to talk to each other and their controllers. Dish also wants to use artificial intelligence to optimize the use of radio spectrum, including by training algorithms which are able to adapt parts of the network to specific conditions such as a storm or a mass concert.