Over the past century or so, too many Canadian families have received the news that a loved one had been killed in combat overseas.

And, for a good portion of them, the news was made especially hard when military officials were unable to provide details on the soldier’s remains or final resting place.

That’s what happened to Minto, N.B.’s Kate DeLorey in 1916, when she learned of her husband’s death in combat near Ypres, Belgium.

For more than a hundred years, the location of Pte. Nicholas DeLorey’s grave site has been a mystery.

But now, thanks to the work of researchers in Belgium, the last known place of burial for DeLorey has been found, along with about 1,400 other Canadian graves once lost to history. 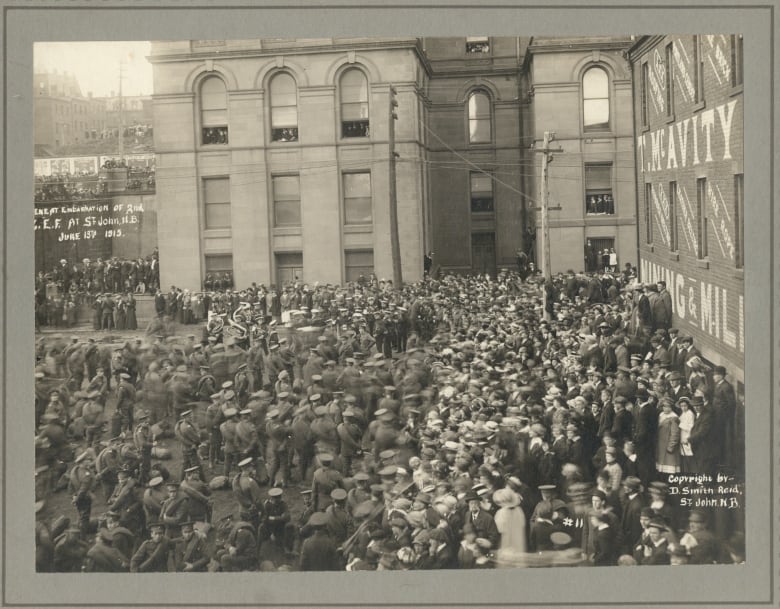 Those same researchers are now hoping to put faces and stories to those names with the help of relatives here in Canada.

DeLorey was born in 1881 in Tracadie, N.S., about 30 kilometres east of Antigonish, into a large Acadian family of 20 siblings. The family name was Deslauriers, but had been anglicized over the years.

According to his biography, gathered for the Antigonish cenotaph project, he moved to Massachusetts as a young man and married a local woman. They had two children together before she died at a young age.

DeLorey then moved to Minto, where it’s believed he went to work mining coal. He married Kate Coakley, and they had four children together.

So, DeLorey was no fresh-faced young man seeking adventure when he enlisted with the newly formed 26th Battalion in Saint John in the fall of 1914 — he was a 33-year-old family man and labourer. 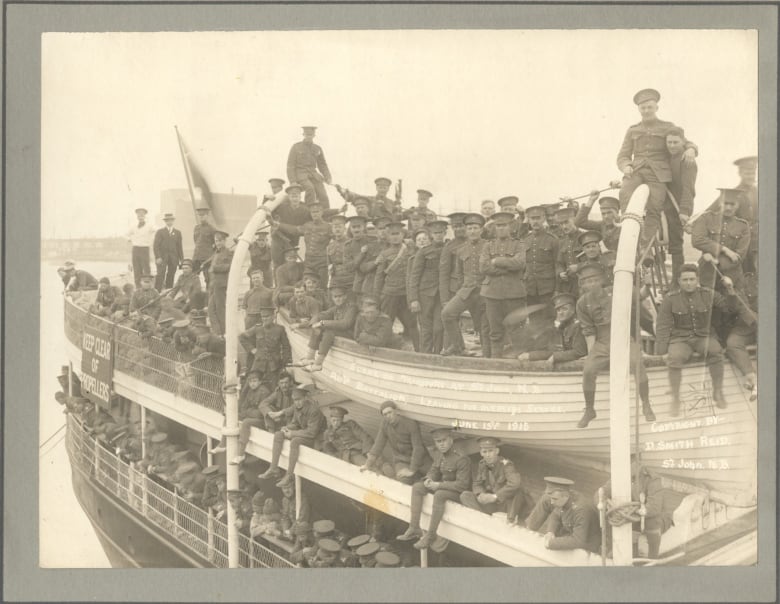 His unit departed Saint John in June of the following year aboard the S.S. Caledonia, bound for England. By September they were in France and were finally sent to the front in the spring of 1916.

Little is known about the particulars of DeLorey’s death, but his time in combat would be short and brutal.

On June 14, 1916, the battalion moved into the frontline for the first time, sent to relieve Canadian troops that had just captured a ridge, near the town of Ypres, known as Hill 62.

The ferocity of that fight had left the trench lines on the ridge so badly damaged there was almost nothing left to protect the 26th Battalion from German artillery. 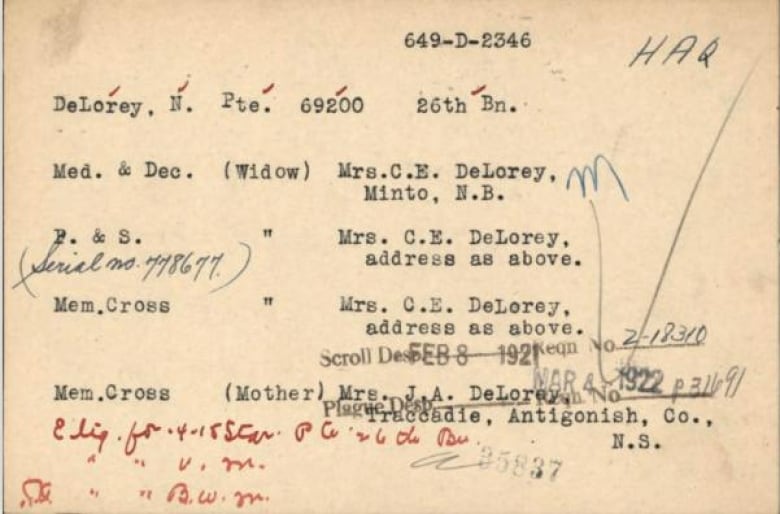 In UNB historian J.Brent Wilson’s book on the battalion, A Family of Brothers: Soldiers of the 26th New Brunswick Battalion in the Great War, a letter home from Pte. Cecil Bennett of Saint John described the scene.

“We got to our place and found there was no cover to be had, everything had been blown to pieces … standing in an open trench with shells flying as thick as hailstones was not a pleasant outlook.”

For six days, German artillery pounded the ridge as soldiers clung to whatever meagre cover they could find.

DeLorey was reported killed in action on June 17, just three days after the battalion moved onto the ridge.

He was one of 36 killed, along with 96 wounded. And his final resting place was listed as unknown. 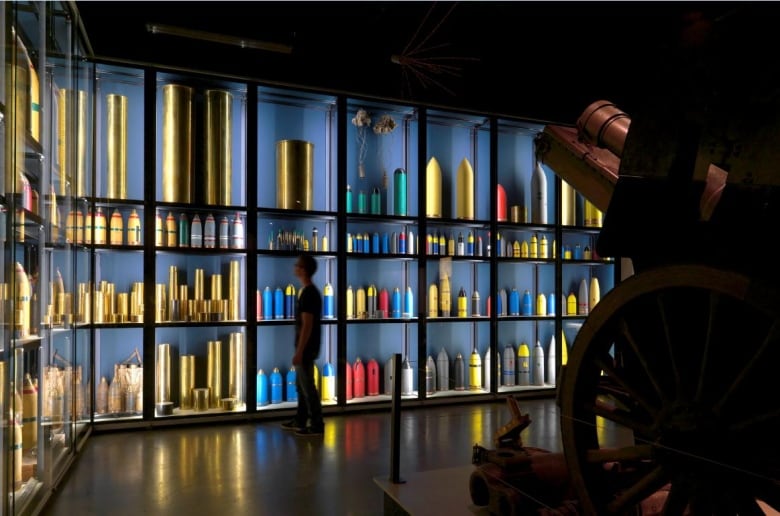 Simon Augustyn is a historian and researcher at the Memorial Museum Passchendaele, set up to commemorate the 1917 battle that led to the capture of that famed village, just eight kilometres east of Ypres.

“A few years ago, while researching the fate of Canadian soldiers who went missing at Passchendaele in 1917, we stumbled onto these military documents,” Augustyn said in an interview from his office at the museum.

The documents in question were recently digitized records from the Commonwealth War Graves Commission and military “Circumstances of Death” records that had been made public by Library and Archives Canada. 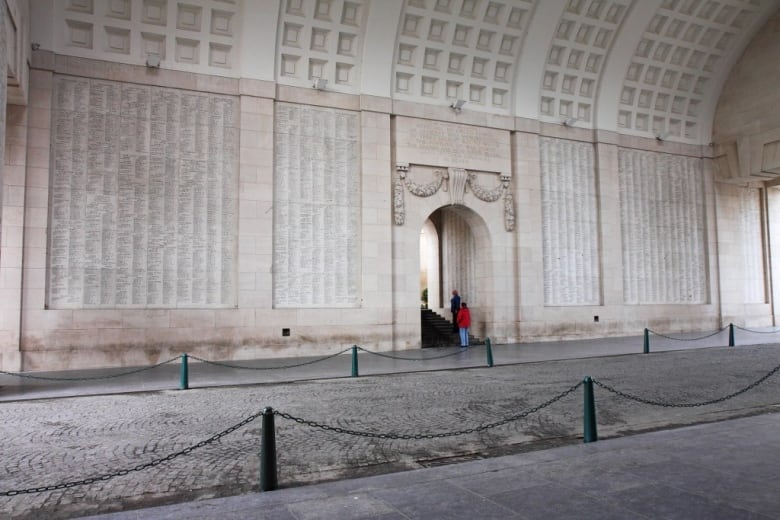 “They showed us the wartime burial locations of Canadian soldiers who were supposed to have gone missing in Flanders,” he said.

Their thoughts then turned to the Menin Gate in Ypres, a massive memorial to British and Commonwealth soldiers whose final resting place is not known.

There are 54,000 names engraved there, almost 7,000 belonging to Canadian soldiers, including Nicholas DeLorey.

So they began checking those names against the new documents. 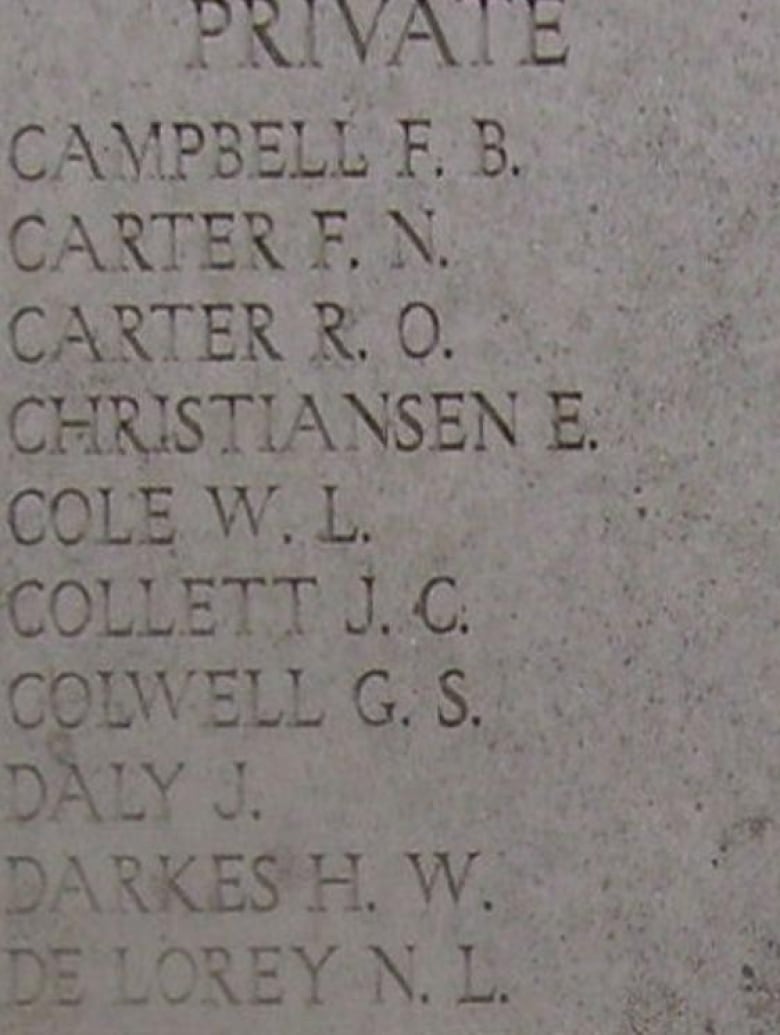 “So we were able to pinpoint wartime graves for more than 1,400 of them … that’s about 20 per cent of all the Canadians on the Menin Gate.”

DeLorey’s wartime grave lies in a wooded area about 1,500 metres east of the village of Zillebeke. Several other soldiers were buried at the same site, including Pte. Fred Legere of Scoudouc.

Augustyn points out that their research doesn’t preclude the chance that the grave has been disturbed since. It only confirms there was a wartime burial site.

Today, the area is on a quiet road in the Belgian countryside, not far from the Maple Copse Canadian Military Cemetery and the Hill 62 Canadian Memorial. 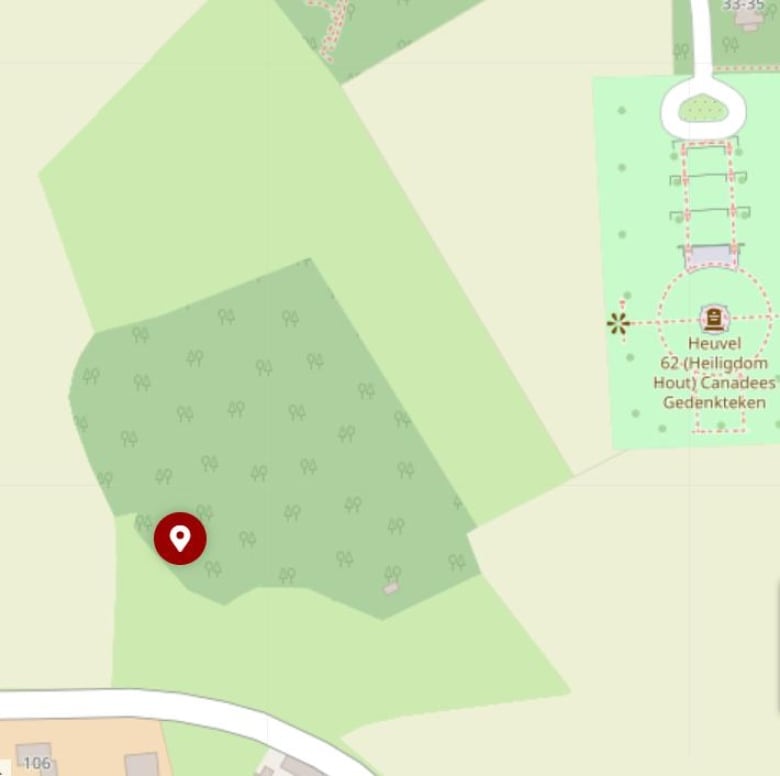 And, thanks to the museum and Library and Archives Canada, anyone can search for these lost graves on an interactive website called Names in the Landscape.

Augustyn hopes they can put faces to all those names with the help of relatives of the fallen soldiers.

“If people contact us, if they send us pictures, if they send us information on all those soldiers missing, soldiers who we were able to find a wartime grave for, if they shared with us, they’ll be helping to build a platform for surviving relatives, researchers, museums and so forth,” he said.

The museum also made one final symbolic gesture in honour of these soldiers, in the form of another letter home.

“We wrote a letter to the historic contact addresses we assembled of all the soldiers whom we found a wartime burial location for and we sent [those addresses] a letter,” Augustyn said. 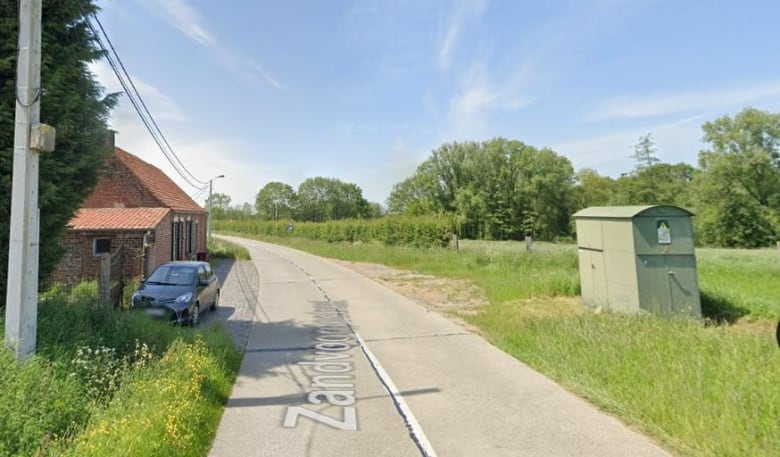 In DeLorey’s case, the address for his wife was only listed as Minto, N.B., so they sent a letter to the Fredericton Region Museum instead, looking for biographical information.

The museum was able to provide a photo of DeLorey, which can now be seen on the website.

Augustyn said he’s happy the effort is resonating with Canadians and hopes as word spreads, researchers will get more information on each soldier.

He said he’s already swamped with mail from Canada, replies to the letters the museum sent out before Christmas. 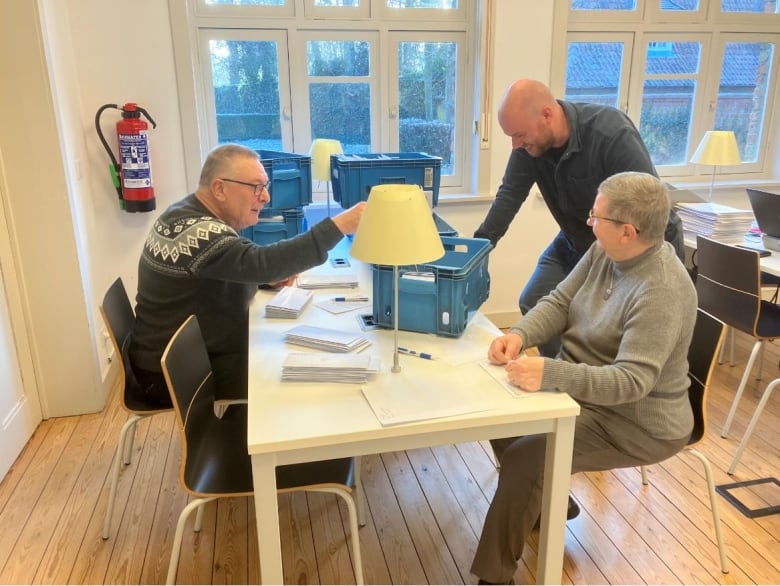 And he also hopes the website map, which is peppered with grave sites, can act as a warning about the horrors of war.

“There are wartime graves along every road, around every bend between Ypres and Passchendaele, and when you look at the map it’s quite confronting,” he said, “And even more so when you realize that that’s only 20 per cent of the Canadians, only the Canadians on the Menin Gate.

“So when you would add the wartime graves of Australians, British, German, French, Belgian soldiers, I believe you wouldn’t find a free square metre on the map.” 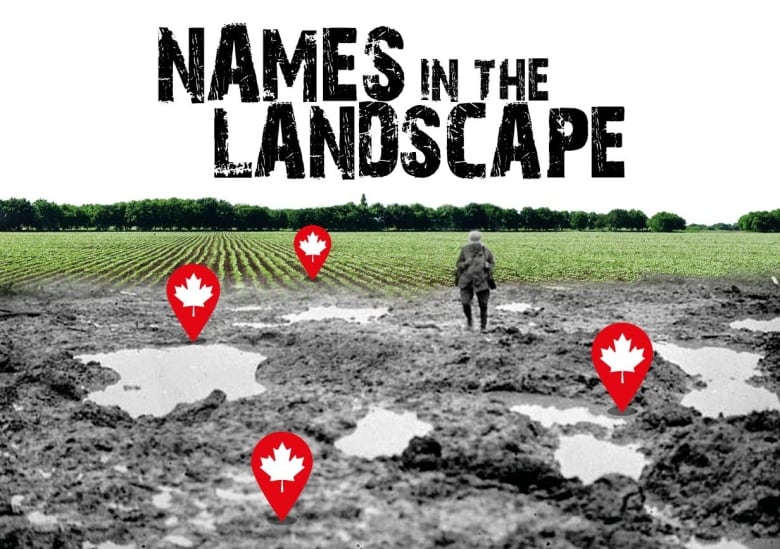